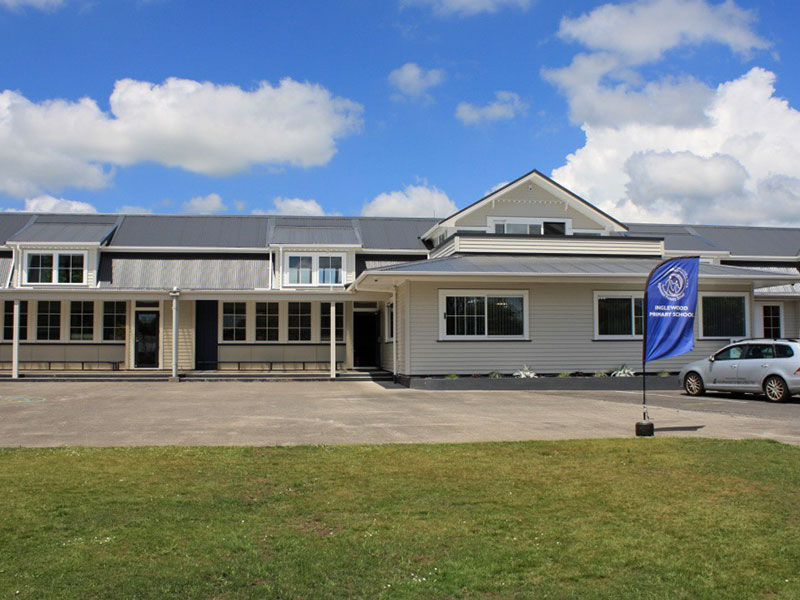 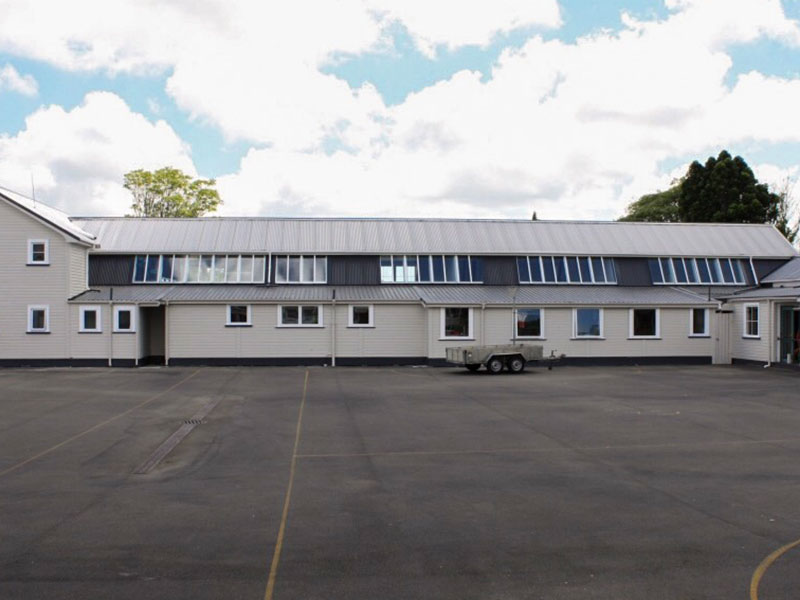 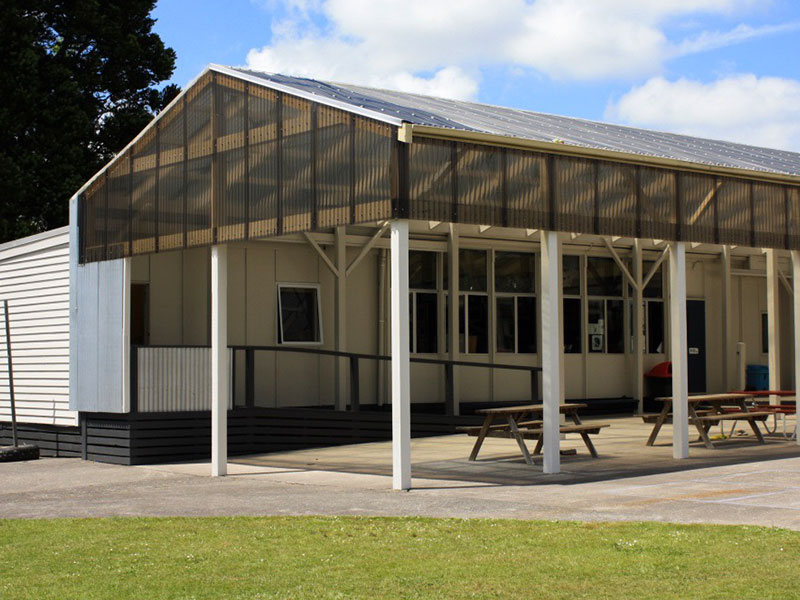 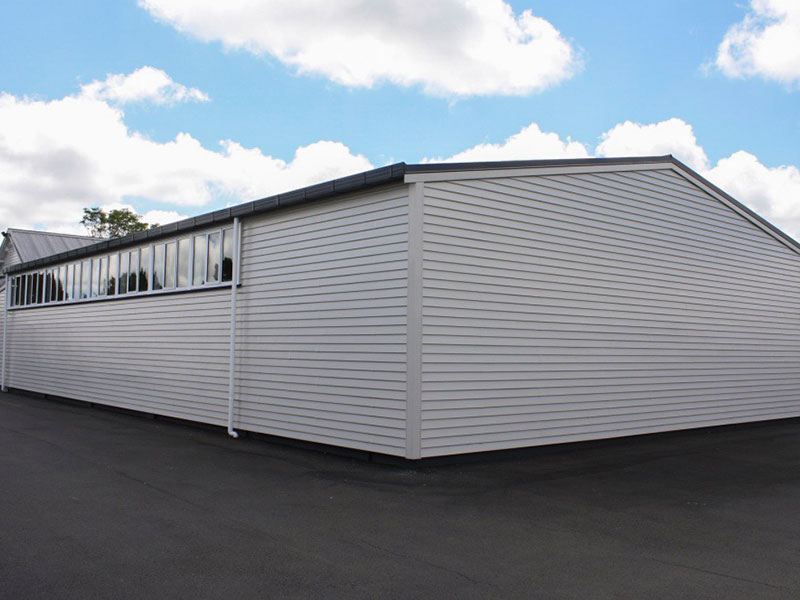 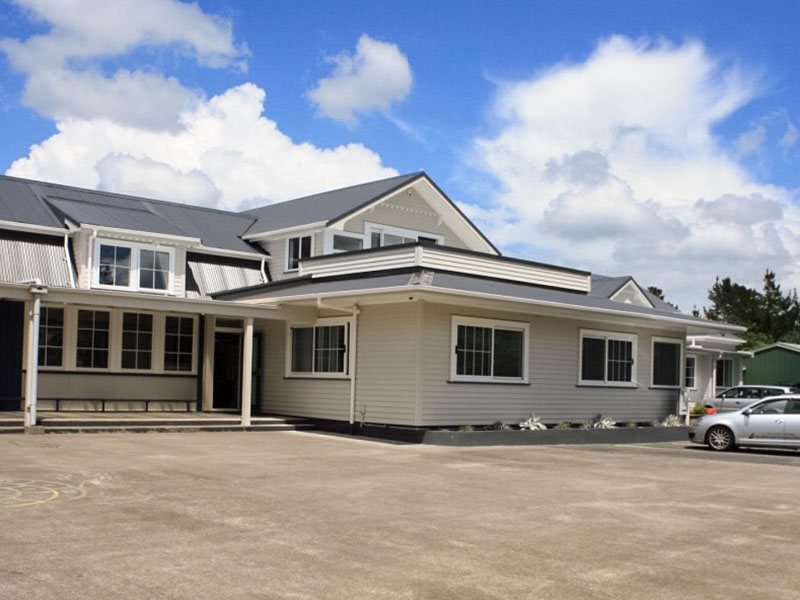 The project involves extensive works which have been undertaken in four stages. The existing structure was clad in a number of materials but predominately timber weather boards and asbestos sheeting. The scope of the project included reroofing with both coloursteel and TPO membrane, a number of door and window replacements, replacement of extensive decayed timber framing, seismic strengthening to wall framing, roofs and foundations, complete refurbishment of office and admin areas, and partial refurbishments of a number of classrooms and associated rooms, recladding of over 50% of the building and complete recladding of the hall.

All stages of the project have been enclosed in a full scaffold and shrinkwrap system which has allowed continued construction throughout a sustained period of extreme weather.

Extensive asbestos removal, which was carried out, out of school hours and to MoE and Worksafe guidelines. All air tests were carried out prior, during and following completion, all passed.

Extensive reroofing with both coloursteel and TPO membrane has been completed which have required a number of complex fully welded flashings to be manufactured. As was partially expected, a number of decayed timber sections were found to require replacement, however, Southcoast have carried out a number of major replacements beyond the initial scoped work areas.

Complete refurbishment of office and admin areas, which has delivered a new focal point for the school.

Over 50% of the building and complete recladding of the hall with Linea weatherboards has been carried out.

The major challenge to this project, beyond the normal construction demands is the interaction with school’s staff, pupils and other stakeholders. Southcoast have worked on a daily basis with the school to minimise the disruption and have reconfigured the construction programme to suit their operational requirements. At all times the requirements of the school have been met, with spaces being released for use as areas became completed.

The success of the project can be seen immediately on arrival to the school, the refurbished block now provides a safe weathertight school facility for all to use. The admin staff now have a high standard office space to work from and the pupils are removed from potential problems relating from leaking roofs and cladding.

Southcoast delivered approximately 50% of the project from its own resources.

Southcoast engaged a number of specialist subcontractors such as TPO authorised installer, Coloursteel roofing and flashings, and asbestos removers, in addition to the traditional subcontractors i.e. painters etc.

Clive Poles-Smith was the Project Manager for this project with all of Southcoast staff supporting delivery of the works. Nick Moon acted as Construction Manager being responsible for the site based staff delivery and quality on the Project.